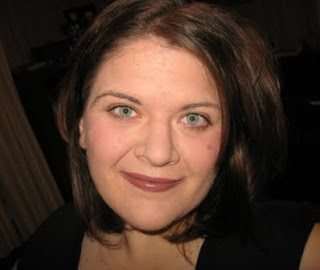 Howdy, all. My name is Becca and I’m one of the reviewers here at the Pen & Muse. I recently finaled in the Golden Claddagh Contest for unpublished writers, and Denise asked if I would be interested in writing about my experience in this contest (in addition to the story of my story). As I’ve been reviewing some great books this year and getting to write about them on the P&M, I figured this would be a great place to share my journey.

I actually finaled with two different manuscripts. One, I’ll call “RN” and the other “RS” (to preserve some of my anonymity, haha, as if such a thing exists). They are the two extremes of my writing experience.

One (RS), I wrote almost ten years ago and have been revising over the years. It was the first novel I had ever written, and I finished it when I was 20 years old. I knew absolutely nothing about how to write romance novels. I went on to do an MFA and write literary short fiction for many years, and that novel is very much a product of my training in literary fiction. It was slow, richly detailed, and incredibly complex. In short, it wouldn’t sell anywhere as a romance novel.

I’d sent it out to agents in January and gotten nothing but rejections. In a bold move a couple of months ago, after some particularly insightful critiques from a friend, I went through the rewrite process with RS. Changed the genre, beefed up the conflict, added some research detail that I’d taken out in an attempt to make it move more quickly, and got rid of about half of the plot complexities.

The book I have today is a much more interesting, much more well-written book than the one I finished at 20. That shouldn’t be a surprise. Given that almost all authors will say that their writing improves over the years, I would expect that. But it still has enough of my inner ingenue that it makes me nostalgic when I read it. I still have a lot of work to do, as per the judges’ suggestions. And I don’t expect to get a requested full from the agent/editor final judge. It’s still way too rough, and way too similar to the neophyte version of my college years.

The RN novel is exactly the opposite. I wrote it in a month. It represents the newest work that I’ve done, and is probably the project that I’m most excited about right now. Both RS and RN are historical in nature, but RN is a time period I hadn’t written in before. Yet one that I have a lot of affinity for. This is my favorite project. It’s also the one that I spend the least time with, currently, because it’s basically stalled. In order to do my final edit, I have to do some major research work for a couple of the elements in the book, and it’s going to take me awhile before I have the time to hunker down in the library for a week or so to work through these research projects.

RN, I also wrote under a pen name. Because it’s not a genre I’m publicly writing in yet. I want to see what comes of a couple of contacts I’ve made. It’s possible that I’ll continue to use the pen name (and potentially a writing partner who’s emerged) to work in this genre. It’s also possible that I won’t get any kind of traction in this genre, and I’ll have to just cut my time losses and return to the genre I’m writing in right now.

The contest itself was a whirlwind for me. I entered three manuscripts because these are works that I’m not getting any feedback about right now, and I desperately needed the feedback. I got some great judging comments that will really help me take these manuscripts to the next level.

In contests that I’ve entered before, I’ve had two extremes of judging advice. On one side, I’ve had judges (published and unpublished) who are obviously interested in giving feedback. Some of it is constructive, and some of it is downright mean. What I’ve learned (although I didn’t have this issue in the GC) is that I need to read the comments and then leave the entry alone for a couple of days before I do any editing.

What happened when I finaled in the Genesis was that I had some really intense feedback, even though I finaled, and I had two and a half days to get my entry back in for the final judges. I didn’t take the time I needed to come down from being personally affected by the criticism, and I just jumped right into editing. I ended up editing away all the personality from my entry, and sent in a final entry to the judges that was not at all representative of my writing. Frustrating.

I’m not making the same mistake with the Golden Claddagh. When I got my entries back, I sat with the feedback for a couple of days. Then I came back and read it again about a week later. And now, tomorrow, I’m going to read them again. Only then will I finally start to edit the entries for the final judges. Thankfully, because I have the time, I’m able to take this time. But I think I’ve decided that I’m going to try to do this with all critiques and feedback from now on. Otherwise, I lose my voice amidst my desire to please others.

Anyway, that’s sort of my journey. I hope that’s what Denise was looking for. I’m just about to start my final edits on the RS/RN entries for the final judges. If you’re interested, you can read more about my writing journey (including my contest entries/finals) on my writing blog or on my foodie romance blog. You can also follow me on Facebook or on Twitter if you are interested in those media. I’ll be writing about my novels, my teaching, and life in general, plus reviewing more books. I hope to see you here and everywhere else. Thanks again for all your support!

And thanks for coming to the Pen & Muse. We do love our readers!

the authorDenise Alicea
This blog was created by Denise in September 2008 to blog about writing, book reviews, and technology. Slowly, but surely this blog expanded to what it has become now, a central for book reviews of all kinds interviews, contests, and of course promotional venue for authors, etc
All posts byDenise Alicea
show 4 comments

Configuration error or no pictures...

The Pen Review: FINDING THE RIGHT ONE

Five Steps To Taking Back Control If You’ve Been Plagiarised

Release Blitz: If Tomorrow Ever Comes

Book Blast: On the Eighteenth of May

The Pen and Muse Book Reviews is a blog dedicated to helping authors..