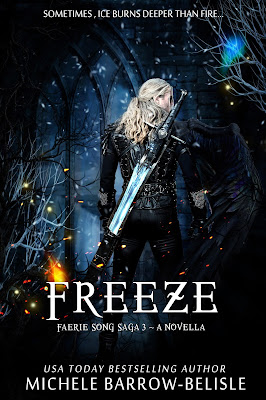 What happens when the hunter becomes the
prey?

In a twisted game of following impossible clues to ceaseless dead-ends,
The Shadow Faerie Zanthiel is forced to search for the girl he let go. Lorelei
may be out of his life, but she’s never far from his mind with the prophecy
pulling them together. They both feel it, yet they both have reason to fight
it. He might not be able to have her, but no force in this world, or any other,
will stop him from saving her. Time is running out, and Zanthiel has only a
fraction of it left to find her, before those hunting her do.

But finding Lorelei could mean losing so much more. Past, present and
future are about to collide. Vows are fractured. Friendships severed. And a
truce among enemies revoked. Will the prophecy that binds them together be what
breaks them in the end?

Delve into the world of Shadow. Interwoven with flashes from his past,
retrace the defining moments in Zanthiel’s life and see how the darkest of the
Shadow Fey became the infamous dark Prince. 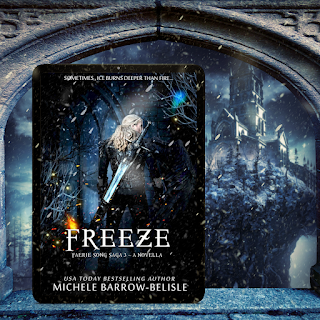 Michele Barrow-Belisle is a USA Today bestselling author who spends most of her days eating chocolate while talking to imaginary people. It’s technically not considered crazy when they’re your book characters. Her favorite genres to write are YA fantasy romance and paranormal romance, and her debut series FIRE AND ICE (Faerie Song Saga) is currently in development for a feature film.

Michele resides in southern Canada with her husband and son who indulge her ever-expanding obsession with reading, writing and most importantly… chocolate. 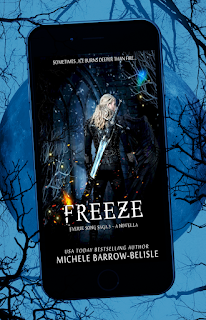